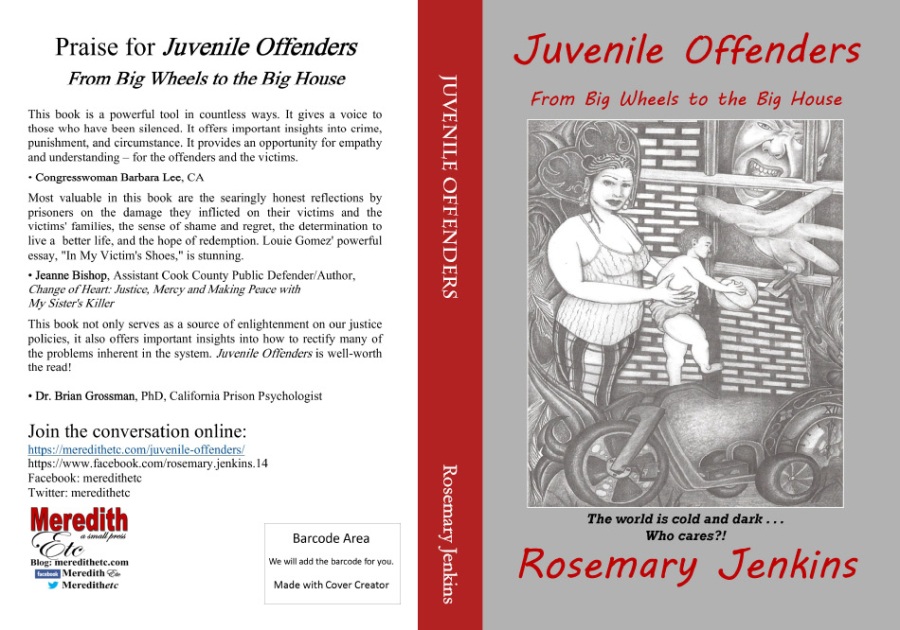 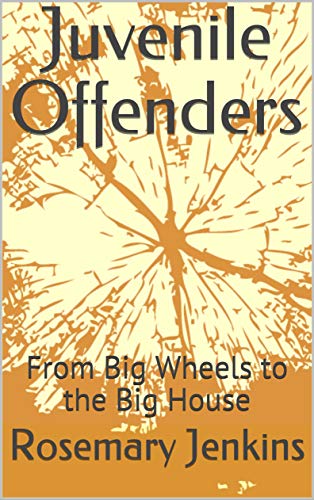 Juvenile Offenders: From Big Wheels to the Big House is popping into the hands of readers more and more. Great job! Congratulations to Rosemary Jenkins and the juvenile offenders who contributed their stories to this important work. 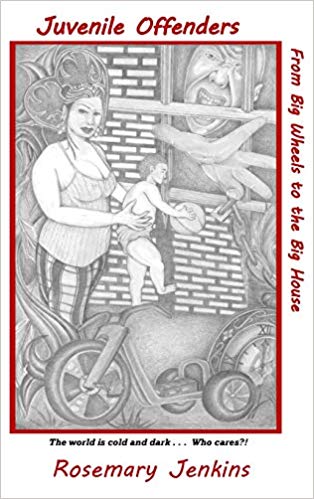 Review of Juvenile Offenders: From Big Wheels to the Big House

With comments from James Howard Meredith 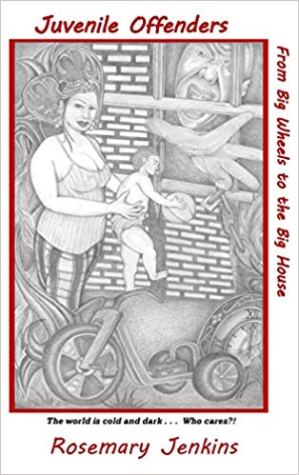 Juvenile Offenders: From Big Wheels to the Big House lets the cat out of the hat. The cat stinks. Readers will smell the funk.

In 1980, at age 16, Ronald became a juvenile offender and entered California’s prison system.

James Howard Meredith, the first Black to enroll at the University of Mississippi (Ole Miss) during the Jim Crow south reviewed Juvenile Offenders: From Big Wheels to the Big House.

Meredith said, “I was touched the most by the writings of Ronald. I have been corresponding with him for over 25 years. I have a cabinet full of letters from Ronald. I bought him two typewriters over the years, and now he is a great writer.”

Below are the words of James Meredith about Juvenile Offenders: From Big Wheels to the Big House.

These are stories of cure that every Christian should read. Ronald Patterson is the        youngest of my many first cousins. I have known him since he was 10 or 11 years old. I exchanged letters with him weekly for more than 25 years. I have learned a lot from Colonel Ronald Patterson. The most important thing I have learned is “prevention is better than cure.

On the national level, judicial reform activists are springing up. The student activists from Marjory Stoneman Douglas High School in Parkland, Florida have made their quest clear, “Human life is more important than gun sale profits.” Florida Gov. Rick Scott signed new gun laws because of the public cries of Florida’s emerging activists. The youth’s #NeverAgain movement is well funded and going very strong! They launched a March on Washington which garnered over 750 million onlookers. They even visited my hometown this Summer. Prison reform and judicial reform are equally important.

The Hip Hop Artist, Activist, and Actor Common was in DC with the #NeverAgain movement. Ironically, Common’s tweet,  At $75,560, housing a prisoner in Califonia now cost more than a year at Harvard revealed the extraordinary cost of mass incarceration. Common, John Legend and others are prominent social justice advocates. Books by Angela Davis describe in detail issues related to the Prison Industrial Complex.

In the wake of The State of Mississippi losing 16 inmates while in custody during August of 2018, the community seeks accountability and massage change.  Recently, inmate activists jumped on the national stage and participated in 19 days of resistance from August 21 to September 9. They refused to work, engaged in hunger strikes, and boycotted commissaries. It goes without saying that inhuman prison conditions are counter productive toward rehabilitation.

Author/Activist Rosemary Jenkins has been stirring the pot too.  She noted in her article Restorative Justice: Save the Prisoners, Save the Neighborhood:

The purpose of prison is not only to punish but also to rehabilitate, to teach inmates how to take responsibility for their past actions, to provide education and training opportunities for eventual return to society where they can be contributors…

Too often, that is not happening. A large proportion of prisoners are not learning how to re-integrate into their respective communities upon their release…

Today, this day, we can no longer remain silent while men of color in particular die in the ‘killing fields’ where there are disproportionately too many villains to call by name.

Anthony Andrew Ferguson, an adult male, who entered the California Prison System in 2002, at age 17, posed the following questions to readers:

If we do not help these once-young people resolve their issues, what will happen to them and to us once they are eventually released? The kind of rehabilitation that we envision will not have been achieved and recidivism will be the eventual result—often from new crimes that are even worse than the original. If these inmates are not treated as human beings capable of reform, what can be expected of them when they are re-introduced into society?

Ferguson and Patterson paid the ultimate price to learn a lesson about crime. These offenders have spent most of their lives behind prison walls. They came of age on the yard, in cell blocks, and while witnessing race wars. The dysfunction inside prison walls from sagging pants to extreme individualism spill out into the streets.

The incarceration of juvenile offenders is a very complex issue in our society. I have lived long enough to feel the sting of both sides of this equation having fought for the humanity of an offender as well as advocated for the vindication of a victim.

A few short months ago, my husband, his first cousin, and I sat at the table with the Assistant District Attorney Kimalon Campbell in our hometown on behalf of my aunt-in-law, the late Odessa McGee, who was raped and murdered by a 17-year-old juvenile offender, who had been adopted into the family as an infant through the State of Mississippi’s foster care system. Odessa’s demise hurts very deeply. Closure of the case gave us some solace but it did not make us whole.

James Meredith proposed that the root of Ronald’s juvenile delinquency was ‘family breakdown.’ Ronald’s parents divorced when he was an toddler. Ronald was raised in the Pueblo Housing Complex. In the absence of his father Ronald looked up to his peers who generally offered misguided advice. Like them, Ronald latched onto the highway which led him to hell. Our race has lost millions of Black males on this highway (War on Drugs, Mass incarceration, Black American Gang era).

Several juvenile offender writers confessed to becoming drug dealers and criminalized in prison while others discussed their long and rugged road to reform. Several stated that they joined gangs in prison for protection and ending up extending their stay an additional 10 to 30 years. According to several writers, prison survival is as narrow as thin air because any and everything goes on behind prison walls.

I once heard the late Afeni Shakur, mother of slain rapper Tupac Shakur, say to a crowd at Jackson State University’s eCenter, “We have to do something about the conditions of our prisons.”

Rosemary Jenkins, Los Angeles Progressive, and others who facilitated a writing program contend change is necessary. These advocates must be commended for using their resources to help rehabilitate juvenile offenders.

One juvenile offender, Mark Edward Vigil, comes to mind. He is one of the writers in this series; he is home. He made it. He spent 36 years in California’s prison system. He participated in this writing project and found the strength to leave the pain in prison and has focused on his freedom every since. Vigil has already broken records. He has been home working – two years and counting.

Shame on a country which allows human mayhem to reign with the gods. Glory to decent lawmakers ready to put their pens to paper to transform the Prison Industrial System.

Error: Twitter did not respond. Please wait a few minutes and refresh this page.